Home / News / Forth Puma delivered to Forth Ports

Our latest 16m Pilot Boat has been delivered to Forth Ports at their facility at Granton near Edinburgh. This is the latest development of our 16m Pilot Boat design which now features a resiliently mounted superstructure which has resulted in very low noise levels in the wheelhouse which has the benefit of reducing crew and pilot fatigue. Another development on this 16m Pilot Boat is a further improvement in the, already excellent, all round visibility from the use of bonded windows rather than the more conventional aluminium framed windows. 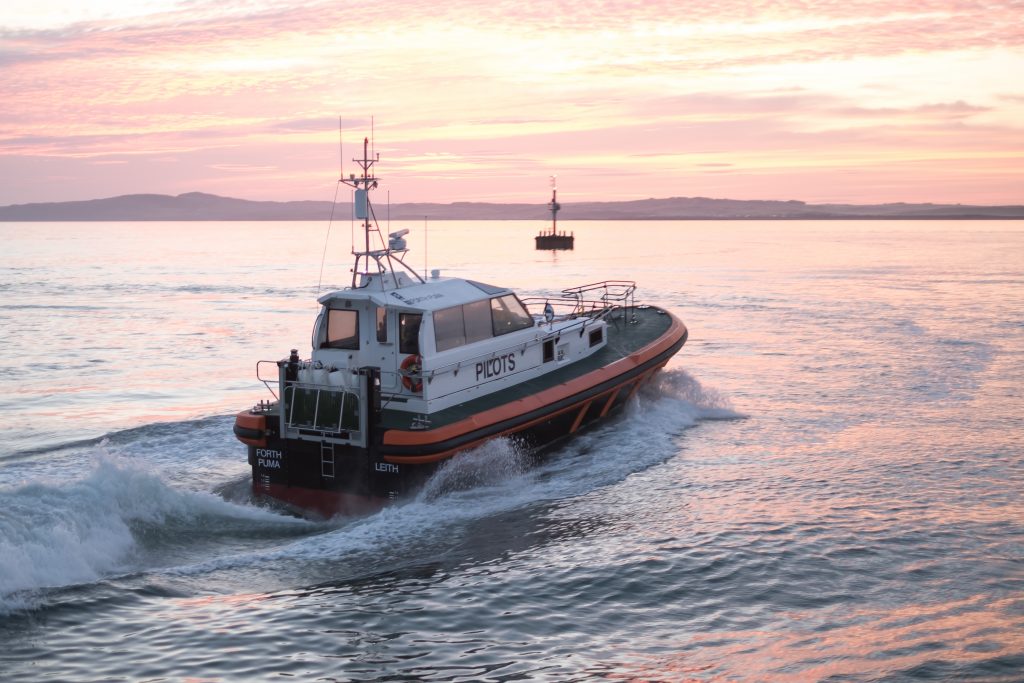 All our pilot boats have been designed by Camarc Design and they are all fitted with the Popsure advanced high performance fendering system which is exclusively available on Camarc pilot boats. The Popsure fender system is a proven fender system chosen by many operators worldwide with many craft in service since 1999. The system comprises of a hard wearing HDPE section which forms the contact surface of the system which is held in a modular Polyurethane foam carrier coated with a high performance Polyuria finish. The modular sections are bonded to the hull of the craft so that there are no through hull fastenings and the HDPE section is restrained with a stainless steel wire which is tensioned at the transom. The fender system was specifically developed for pilotage and has been shown to be very robust with an exceptional in-service life. 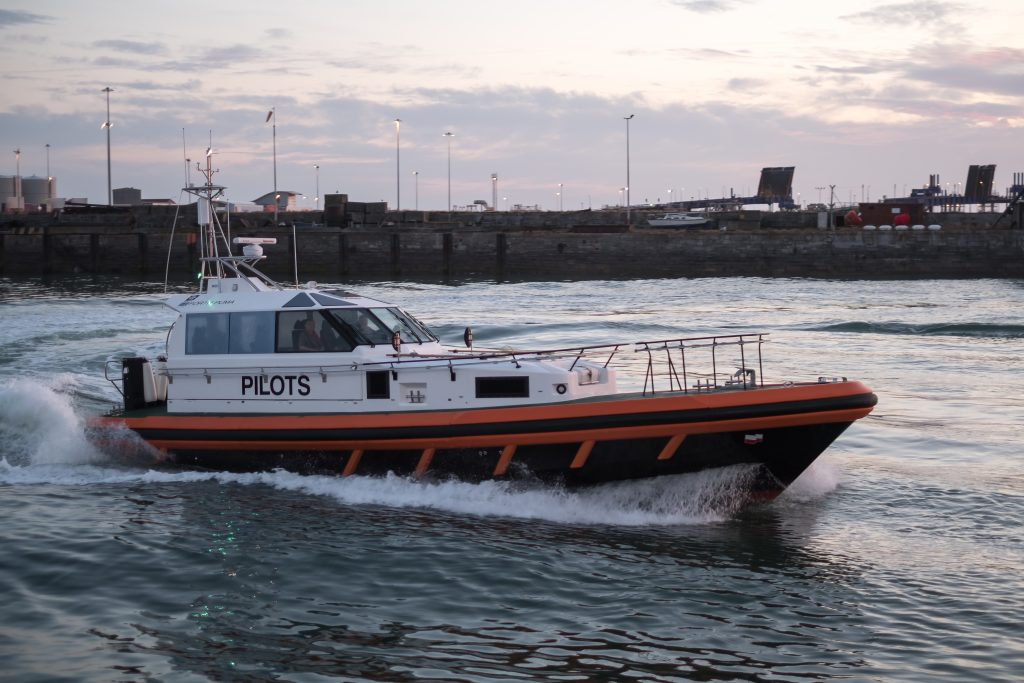 Other features of the craft include a man overboard recovery platform, a comprehensive navigation system and comfort on board is further enhanced by having an two independent air conditioning systems for the crew and pilots controlled at the console.

The vessel is certified to the MCA Code of Practice for Safety of Small Workboats and Pilot Boats as a Category 2 Pilot Boat. 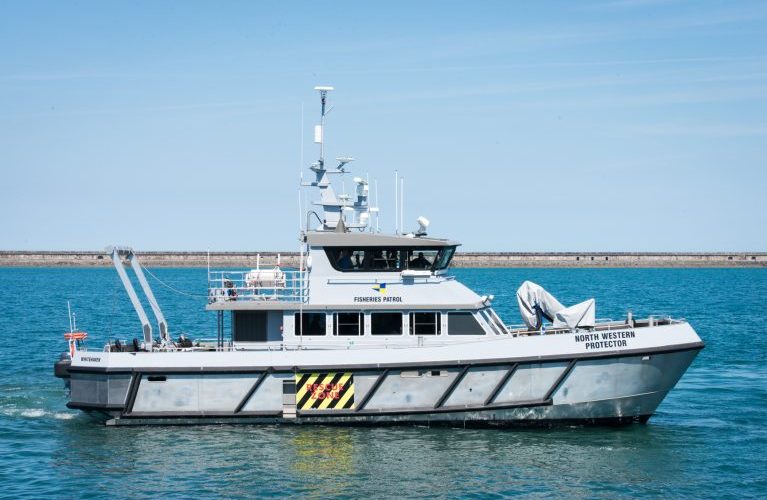